Who was Saint Stephen?

About the first martyr of the faith: 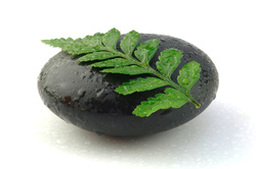 Stephen steps into the picture at the dawn of the early church, when the original disciples were still proclaiming the resurrection of Jesus in Jerusalem and its surrounds.  There were many Greek speaking converts who felt neglected by the disciples whose time and energy were overtaxed and spread too thinly.  So, the disciples called out from among the Greeks seven men of good reputation, full of the spirit and wisdom, to be deacons of the church; that is, to oversee the welfare of the church members, caring for the poor, the widows and orphans.  Stephen was among them, ‘a man full of faith and the Holy Spirit.’

Tradition holds that Stephen was a young man, perhaps in his teens.  He was full of grace and power, and performed many miracles and signs among the people.  Now, performing miracles and signs among the people in Jesus’ name did not sit well with the higher-ups in the temple court, and various synagogues challenged Stephen to debates and arguments.  Stephen came out on top every time, being filled with the wisdom of the spirit.

Before long, Stephen was charged with blasphemy and taken to the Sanhedrin (the Jerusalem city council) to defend his case.  And that is exactly what Stephen did.  Despite false witnesses and bogus charges, Stephen delivered an eloquent explanation for the salvation of Israel, beginning with the promises given to Abraham, continuing with the deliverance from Egypt with Moses, down to the building of the temple during Solomon’s reign.

Stephen then aimed his sights on the Sanhedrin itself.  ‘How stubborn you are, heathen still at heart and deaf to the truth!  You always fight against the Holy Spirit.  Like fathers like sons!  Was there ever a prophet whom your fathers did not persecute?  They killed those who foretold the coming of the righteous one; and now you have betrayed him and murdered him; you who have received the law as God’s angels gave it to you, and yet have not kept it!’ (Acts 7v51-53).

Well, that did it. Stephen’s eloquent defense became his own eulogy.  In a fit of anger and fury, the council dragged Stephen to the edge of the city to stone him to death, without a proper trial and without a due verdict.

Now a word or two about stoning.  One didn’t get stoned in the ancient world the same way one might get stoned today.  Many people today imagine that stoning was a matter of a mob picking up rocks and pelting a victim to death.  Actually, it was a far crueler ordeal.  First, the victim was taken to a high place: the edge of cliff, or city wall, or the top of a tall building.  Next, the victim was bound and tossed off the edge to the ground.  If the victim survived the plunge, a large boulder was then dropped from the high place onto the victim; and if the victim survived still, another large boulder, and so on.  It was a rather messy and bloody affair.  Is it any wonder that at Stephen’s stoning, the witnesses took off their outer robes lest they be splattered with this blood?

So Stephen met is unfortunate demise at the hands of an angry mob.  But to the finish, he kept his faith, having a vision of the heavens being torn open and Jesus standing at God’s right hand.  Stephen’s last words were pleas for forgiveness for his persecutors that this sin would not be held against them.

Of course, one of the witnesses of Stephen’s death was none other than Saul of Tarsus, that zealous Pharisee who would be called by the risen Jesus to witness the gospel to the Gentiles in the Aegean.  He would later be known as Paul.

Stephen is remembered in Christian tradition as the proto-martyr; that is, the first martyr of the faith since he is the first victim of the persecution of the church mentioned after the ascension of Jesus into heaven.  When we hear the word ‘martyr,’ we tend to think of someone who dies for a cause; but the Greek word marturion literally means witness.   A martyr is someone who witnesses the good news of God in Jesus with complete and utter confidence and commitment.

Here in the Metro-West of Massachusetts, in the twenty-first century, it seems odd to think of us as living martyrs.  Even though our congregation is named for the first martyr, who among us really feels that we will lose our lives because of our faith?  This is America after all, the land with freedom of religion; where our greatest concerns are how many friends we have on Facebook or whether the Patriots will make it to the Super-Bowl.  Sure, we are Christians in an increasingly secular culture, but no one will lose their heads for it.

In the ‘Our Faith’ section of the October 2003 issue of The Lutheran magazine, the Dr Timothy Wengert writes about trusting the heavenly banquet which is prepared for all faithful, and the implications that this trust has in our daily lives as Christians.  He remarks that our hope for tomorrow also changes our hopes for today. Too many folks are caught up in the frenzy for instant gratification and self-fulfillment. Wengert explains:

‘Christians on the contrary can relax.  Life’s fulfillment—the heavenly banquet, rests squarely in God’s hands.  This leaves us with time on our hands—time to love our neighbor, to care for this world and to seek things that make for peace and joy...We can even lay down our life for our neighbor, not to gain heaven but precisely because heaven is already ours by faith in our crucified and risen Savior.  In the meantime, we gather around a simpler meal, a foretaste of that heavenly feast, assured that Christ as host and food unites us with those at the final feast and accompanies us on our way.’

The Feast of St Stephen is celebrated on December 26th, a day known in England and Canada as Boxing Day due to the tradition of giving boxed presents to trades and service people on this day in remembrance of the servant martyr.

Read the story of Stephen in chapters six and seven of the book of Acts in your bible.  Acts is the fifth book in the New Testament which tells the story of the early church and the spread of Jesus’ message in Jerusalem, Judea and Samaria, and then to the ends of the earth.